Of course painting is the mission here so that’s what I’ve been concentrating on over the last few days. And now, considering the lack of visual stimulation thus far here I’ve decided to take a small intermission from Blink. to share with you all the painting that really helped me come to this point.

It’s strange how television that isn’t even on the critical level of, let’s say, Breaking Bad or The Wire can inspire something powerful from a place of crippling fragility and insecurity. Around December I began binge watching Law & Order: SVU as I became bed bound for around six weeks and Mariska Hargitay as Det. Olivia Benson reignited a resilience and strength I was all but sure no longer existed in me. This character is perhaps one of the only truly independent, autonomous females in television. She is neither the ball-busting man hater nor the wilting violet waiting to be rescued. She is a fine example of what it is to be a true woman and unfortunately, this breed is rare on our screens.

In reality, Hargitay is no less inspiring. She created the Joyful Heart Foundation, an organisation which advocates for victims of domestic and sexual abuse along with campaigning to reduce, if not end, this kind of violence and works with End The Backlog which aims to eradicate the terrifying number of untested rape kits across the US.

Her earth-splitting beauty was secondary to me, though impossible to ignore. Therefore when I decided I had to paint a portrait of her, instead of choosing a glamourous shot of her looking the conventional idea of beautiful I decided to take a still from the opening episode of SVU Season 15. Here, she has been kidnapped and tortured for four days by a serial rapist referred to as “The Beast.” In the still I chose she has just broken free of her restraints and incapacitated her assailant.

This, for me, was Hargitay at her most beautiful. She was raw, burnt, beaten and fatigued but her face, her eyes, her mouth emanated such intense yet subdued power, a power that stemmed from the most vulnerable of situations that in a way I was a little awe-struck.

It’s the longest I’ve ever spent on a painting, just a little over four weeks of 10 hour days (I have no idea where that time went) but I came out of it with a new perspective on art, beauty and myself. It’s an extremely personal piece that will forever hold a part of my life and as dramatic as it sounds, I’m not sure exactly where I’d be without it.

Toying with the idea of whether or not to disclose this was tricky. But I think it is important and will continue to be important that I continue to display both to you and myself that the struggles I predicted were not away in the air somewhere but painfully real and disturbingly physical.

Last night, as I flicked once more through the case files I was reminded of one of the ages of a face I had found so compelling. She was estimated at between 13 and 19 years old. She died in 1979. Immediately, I scrawled the word ‘ANGER’ next to the summary I had written on her file. Later, I returned and wrote the poem you can see below. However, instead of immediately typing it up as I had planned, I switched off the light and lay in the black.

Sleep would not visit, thoughts squirmed and swirled throughout my mind as the one-eyed kitten chased my shaking feet, breath escaped me in laboured, frantic pants and my very core curled into an inconceivable knot as the tumbleweed of deathly thoughts soared in mass and weight inside my unbearably tight skull. Who would this kitten outlive? Will I wake up if I fall asleep? What is nothing? The kitten has to leave or she will be forever a reminder of those who died before her. I’m going to die. Will I die first?

This continued for maybe an hour. My hands shook so much that I couldn’t even correctly type “How to stop a panic attack” into Google. Eventually, my body which had been functioning on perhaps an average of six hours sleep for the past month gave out and allowed me to slip into the warm embrace of non-thought.

It has not discouraged me in the slightest, my mortal weaknesses are nothing, are ash, in comparison to what these women and  girls went through. If anything, I am more determined, yet equally wary. Most of all I have never been more convinced that your support will be the most important part of this entire project.

Yes, I will need your donations to go ahead but true support, true collective vision will only come by the simplicity of clicking ‘Share.’ Comment, Like and Follow if you believe in Blink. and everything it stands for because the truth? The truth is not only is it not possible to do this alone but I really don’t want to. Share, share, share through social media and in person because any of you reading this cannot tell me that the thought of being truly lost, as these people are, does not terrify you as much as I was last night. But it simply won’t be worth it if this does not reach people, reach right into their centre, as it has mine and hopefully, as it has yours too.

Skin, so young, so scarred
by the wounds of time
Lost and Unkissed
In the womb of time.

Torn hands and Broken fingers
Weighted, Drowning by the instrument
Unheld and Unhealed.

The so-called glimmering eyes
Fogged and Veiled
for the funeral
Graced in every blink.

Outward symptoms of the inner skull,
The Riddled Body,
Each and Every shivering cell
In conflict,
Uncompromising and Unsoothed

Upon completion of 25 detailed sketches I opened my laptop to write, instead I fell asleep with a one-eyed kitten licking my face at 3am. I began yesterday with 5 and remembering the vow I made on day 7 managed to generate enough strength to work continuously through the day and night.

The deterioration of energy through the pages from morning to early hours is obvious, even to the visually challenged feline. My question now is how next to proceed. I don’t have the funds to order canvas yet but somehow I still don’t feel ready for that step. However, my application to FundIt is now submitted so hopefully any of you out there who have faith in the exposition will stay tuned over the next couple of weeks as we endeavour together to memorialise these women.

So, over the next fortnight  I aim to study these faces, these files until my mind will allow no more and my eyes fail. To maintain passion, to maintain will and empathy as I wait to begin the real challenge is my goal. Hopefully, with all your help we can make this goal a reality and I will truly need all the support you can offer. We, a tiny group of individuals connected through cyber space, can furnish a tiny group of nameless, forgotten women with recognition, appreciation, love and most importantly a legacy that no one else is willing to provide.

But to do this will mean to encourage others, far and wide, to donate whatever little they can, no amount is too big or too small and each single euro is a step closer to remembering the people that everyone else has abandoned. I believe we can do this but it’s success solely depends on the efforts of the collective not the individual.

Firstly, I must apologise for lack of updates in the last two days. It seems that only now do I really understand what transitioning means. Between caring for an elderly cat after her surgery, fostering a severely abused kitten and returning to my job it’s been difficult not only to find time to post but even to sketch. So, in reality, Days 5 and 6 weren’t extremely productive.

Finding the strength to peruse the faces of the lost is a tricky process, one I’ve found nearly impossible to do when tired. It has not been so much about stretching my artistic muscles but my emotional ones. To detach but to feel, to concentrate and yet preserve sanity, to be invigorated yet maintain reverence has been a balancing act I have yet to master. The result? Absolute wipe-out.

I have the distinct sense that so far I have focused far too much on death. When originally this project was never meant to be about that at all, I even tried to avoid using the word. In one of my initial brain maps I laid out four words, four pillars that would support this task and unfortunately I have strayed, allowed these pillars to falter and to crack. You will see these words below, handwriting is far more effective then typed script.

At this point, on the official one week marker I must pilgrimage back to my origins, chant these words as mantra for the rest of this voyage and ensure, no, vow to not let this simply become the dead women project, excuse the crudity because at its very core this is so much more. 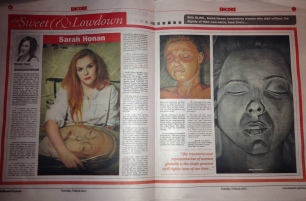 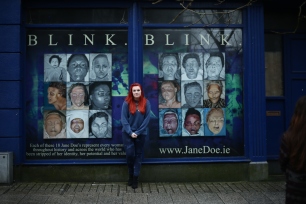 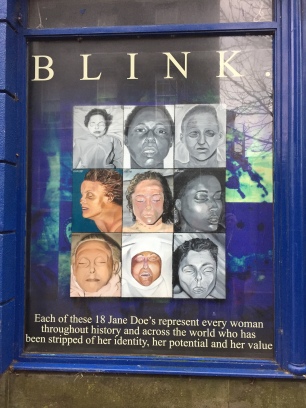 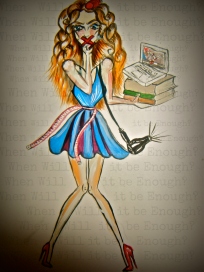 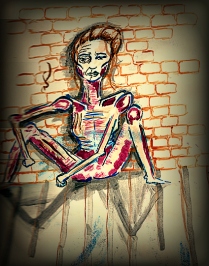 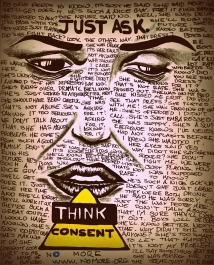 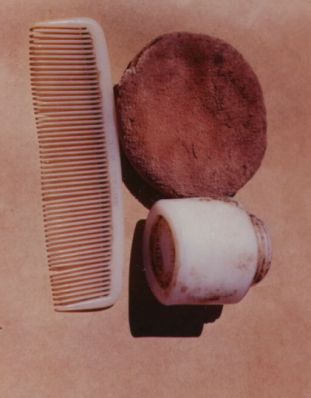